George van Popta earned a BA at Trinity Western University, Langley, BC, and an MDiv at the Canadian Reformed Theological Seminary in Hamilton, Ontario.
He started off his ministry at Jubilee Church in Ottawa in 1987. In 1992 he left to serve a church in Taber, Alberta from where he moved to Ancaster, Ontario in 1997. There he served a church for eleven years. In 2008, he was called back to Jubilee Church. He considered it a singular privilege and joy to be living again in Ottawa and serving the Jubilee congregation as pastor. In 2016 he retired from the active ministry because of health challenges and now lives in Hamilton, Ontario, together with Dora, his wife. 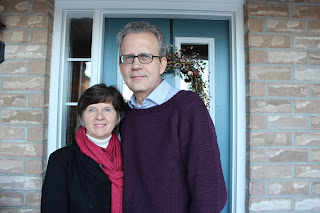 George has been married to Dora since 1979. They have five children and an increasing number of grandchildren. Besides the gospel, one of George’s passions is writing hymns and poetry.

He has written a number of books, which can be bought from here, and is the general editor of New Genevan Psalter.
In 2021 George wrote a biography on his father, Jules (1916-1968), the first minister in the Canadian Reformed Churches: Man of the First Hour.