I was very happy to lend my rare first edition (1637) Dort Bible to the CRTS Dort 400 conference.

The following words accompanied the display:

The Statenvertaling (States Translation) or Statenbijbel (States Bible) was the first translation of the Bible from the original Hebrew, Aramaic and Greek languages to Dutch. At the time of the Synod, Dutch Bibles were merely translations of other translations. At the Synod it was deemed necessary to have a new translation accurately based on the original languages. The synod requested the States-General of the Netherlands to commission it. In 1626, the States-General accepted the request from the Synod, and the translation work was begun. It was completed in 1635 and authorized by the States-General in 1637. This rare first edition, signed by Barend Langenes, the representative of the government, belongs to George van Popta and has been in the Van Popta family since at least 1905. 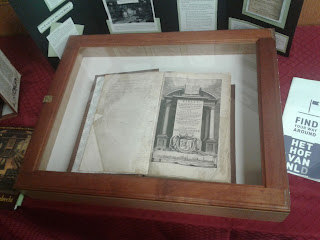 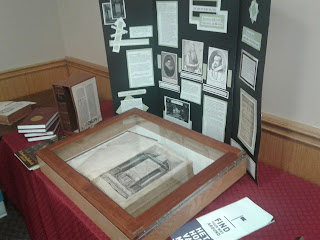